You can see Life, the Uni­verse and Every­thing under var­ious lenses. How you see your world will have an enor­mous impact on how you feel and act, and how your life “pans” out. One such basic set of lenses, pos­sibly one of the most fun­da­mental, that can be applied is:

Roughly this split would equate to judge­ment vs grace. Like many good dis­tinc­tions, it is never plainly one or the other. Our Cre­ator is the great Judge — with mercy. Yes there have to be rules, anarchy is ungodly. How­ever, humans get easily car­ried away by legalism, see the example of the Phar­isees, ending up in an unto­ward zone of holier-than-though sep­a­ra­tion, entan­gle­ment and con­tra­dic­tions. The main pur­pose for cre­ating humanity, as i under­stand from the whole of scrip­ture, is for our Cre­ator to have a coun­ter­part to love, to bless, to engage with, to spar with, to be angry with if need be, to raise like a child onto matu­rity, and ulti­mately to spend the rest of the ages with it, with us, in harmony.

Thus only as a com­mu­nity are we ful­filling our Creator’s will, not as indi­vid­uals. We will all stand before the throne of judge­ment indi­vid­u­ally, but even there our rela­tions: how we were affected by others, and whom we affected with our actions, and how, will be the main topics to judge on.

Now of course as humans we some­times fool your­self, thinking we are bending the rules in favour of a rela­tion­ship, while in fact we are harming the other person and the rela­tion­ship through a lack of depend­ability and con­sis­tency, long term. Chil­dren need firm rules, they need to know how to behave and what is expected of them, to be safe and happy. Nev­er­the­less, when we approach our Cre­ator only with the ques­tion “so what do you expect from me?”, i.e. asking him, in effect, “where is your rule­book?” then we are really missing Herm. It is hor­ren­dous to behold when chil­dren approach their worldly par­ents only from that angle. No, it is rela­tion­ship that our Mather in the heavens wants, and the rules are there to enable this rela­tion­ship to flourish! So it is rela­tion­ship first, rules second. If this makes you cringe, you may be a legalist. Com­mu­nion with Him only works on His terms – He is the potter, we are the clay. His rules are there for us to be well and tune into His rhythms of life. Take Shabat – the Lord did not have to rest on the sev­enth day as he would have been fatigued by his colossal cre­ation efforts. No He wanted to rest in order to spend time with His cre­ation, sit back and enjoy!

Yeshua con­firms that this Shabat is for mankind, not mankind for the Shabat (Luke 14:5, Mark 2:27). I.e. humanity was not cre­ated for obeying rules. It is, how­ever, cre­ated to func­tion and enjoy life within cer­tain rules. Much of the law in the Torah is about rit­uals: the feasts, full of meaning, sym­bolism and sig­nif­i­cance. And our Cre­ator pos­i­tively com­mands us to be joyful at these fes­ti­vals! Just in Deuteronomy, see Deut 12:18, Deut 14:26, Deut 16:11, Deut 16:14-15, Deut 26:11, Deut 27:7. Of course this enjoy­ment is tied into living in obe­di­ence to Herm, as only this will allow us to be joyful, while every­thing else are cheap thrills and ephemeral plea­sures at the cost of later suf­fering and remorse.

The com­mu­nion with our Cre­ator will be eternal. Some rules may be eternal too, like the rhythms of cre­ation; other rules are time-bound, depen­dent on the age they were given in and for. Some of the rit­uals may per­sist into per­ma­nence, or at least into the next age(s), as cel­e­bra­tions, reminders and occa­sions for joy and communion.

Rela­tion­ships may include an ele­ment of helping each other live within the rules of our design, and def­i­nitely include helping one another cel­e­brate and enjoy life. But when we think of laws, we tend to think of restric­tions, wrongs, faults, of judge­men­tally seeking specks of saw­dust in fellow humans’ eyes. (Mt 7:1-5)

So, on the whole, it seems to me that it is better to build bridges of rela­tion­ships rather than walls of addi­tional laws. 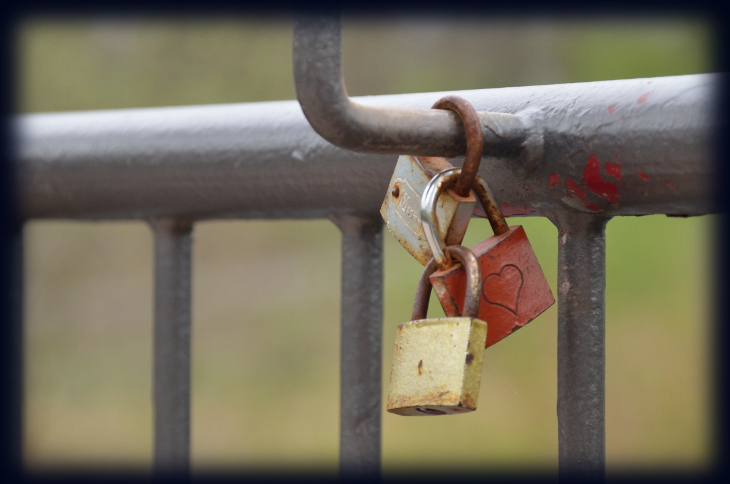 One Reply to “legalism vs relationism”