Take care of your thoughts, you are respon­sible for them. They are all yours. Judge­ment will ulti­mately be on how you decided to think. Because as the old saying goes:

We are the clay, chosen people or hea­then, we are all of the same mate­rial, dif­ferent lumps. I used to think, if we’re all in Hers* hands, what respon­si­bility do we have
(Rom 9:19) ? Free will and pre­des­ti­na­tion is a conun­drum we won’t get straight in our lim­ited minds ever. But that notwith­standing, I more and more feel grateful to be in Hers hands, as it means that S/he can still recover the con­torted mess i have made of myself.

My (worldly) father, in his old house, took the cen­tury-old clay render off the wooden wattle, threw it in a trough, soaked it in water, stirred it – and thus restored it to a squashy paste, ready to throw back onto the (repaired) wattle. Hence, clay dried solid and crusty can, with water, stir­ring and time, become soft, shape­able and re-usable, even after cen­turies of forming a wall. Some­times it just takes a rebirth in water to make us supple again.

And even clay that has been burned and glazed into china can, after being broken, still be laquered back together into a per­fect shape, or maybe even a dif­ferent, beau­tiful, unique one, like with Japanese Kintsugi (“golden joinery”) – into a Kintsukuroi (“golden repair”). Only S/he can turn the upbringing we sus­tained, and litany of mis­takes we made over all the years, into some­thing remark­able. We just need to trust Herm and deliver our­selves into Hes hands. The later you start seeking Hers will for your life, the more cracks you will have. But a mere few decades of idiocy is no match for Hers inge­nuity and cre­ativity. Which is not to say that we should remain in our stray paths, as fool­ish­ness still hurts (Rom 6:1).

In Isaiah 64, the word “because” in verse 7 is בְּיַד “beyad” – lit­er­ally “at the hand” of our iniq­ui­ties, we are con­sumed. The hands are the symbol of the cause and agent, the execu­tors of our thoughts and will. There is nothing better than making your­self impres­sion­able by your Makers loving hands, becoming free in who you were meant to be, at the hands of the One who knows what S/he is doing, how little sense it may make to us at any given moment.

*delib­er­ately using these odd mixed-gender pro­nouns, because our Maker is not male nor female. In Hers image we are made, male and female (Gen 1:27). Look at the hands of the “Father” in the return of the prodigal son – with lucidity Rem­brandt draws one female and one male hand.
// 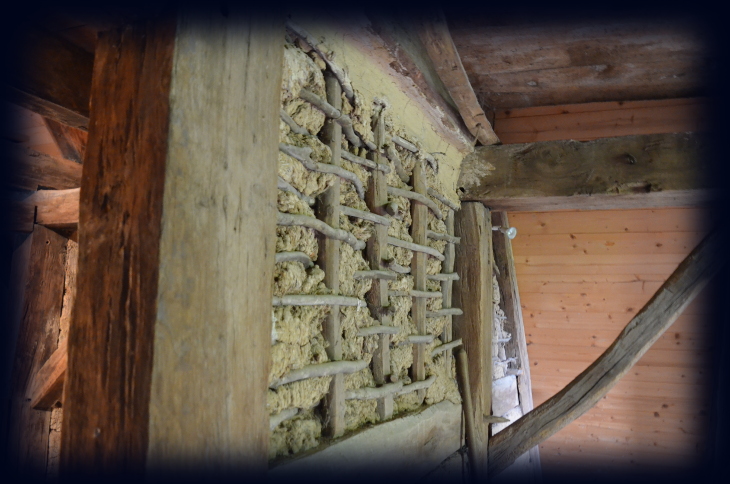