Rabbi Moshe Chaim Luz­zatto (The RaM­ChaL) writes in “Path of the Just”* that (para­phrasing) our only and ulti­mate pur­pose as humans is to delight in G-d and to bask in the glo­rious light of His שכינה “Schechina”, His divine pres­ence. שכינה comes from the verb “to dwell” – G-d dwells in “unap­proach­able light”, yet His light, sus­taining and blessing all cre­ation, con­stantly emanates from His pres­ence, and our sole pur­pose is to receive this light and channel it to the people around us, which we then call charity or lovingkindness.

The RaM­Chal goes on: “The means that lead a person to this goal are the com­mand­ments which the blessed G-d com­manded to us.” This will typ­i­cally make per­fect sense for someone who grew up with Torah, but appear strange, even unpalat­able to an adherent of the reli­gion called “Chris­tianity”. Rules aren’t glo­rious, they are a nec­es­sary evil to get by in the world and keep things “fair”. But obeying laws in order to unlock G-d’s beauty and power? No thank you! My per­sonal redeemer abol­ished all laws, and gave me just one new law, to love! I’m off now to con­tinue blowing into my violin, bowing my tam­bourine, dig­ging holes with my trom­bone and drum­ming a beat on my spade. The rules are all done away with, I do as I see fit with my grace­ful­ness and love in my heart! How could I pos­sibly go wrong?

Is it so out­landish that in order to channel and radiate the true light and beauty, we have to be plugged in, set into the appro­priate con­text, han­dled with cor­rect and mas­terful tech­nique, i.e., con­nected to the vine, con­ducive – an unblocked vessel, pipes clear to resound, corpus un-jammed to jam. We have to be oper­ated as designed to func­tion as intended. Each tool has its own spe­cific rules of oper­a­tion. Out­side of these rules, a piano may still make a rea­son­able shelf and a tromp a halfway decent coat hanger if you manage to hammer it into a wall. Yet somehow, things aren’t quite right.

“The place of the per­for­mance of these com­mand­ments is only in this world.” Could be mis­un­der­stood as “the com­mand­ments are to be done away with in the future”: now is the time of labor, but then will be (only) the reward, no more toil. Yet only a wicked soul could muse this way: I will work hard and to achieve right­eous­ness so that in the world to come, my reward will be per­mis­sion to jump right back into this won­derful debauchery and depravity (which the adver­sary dan­gles in front of that afflicted soul as some­thing alluring). Many Chris­tians not only suffer unknow­ingly from this mis­un­der­standing, but also believe the law is now done away with because they are “in grace”, but what that would really mean is: they are already in the Olam haba, the world to come, they are cit­i­zens of heaven and have already achieved the reward based on their heroic deed of coming to faith and even undaunt­edly step­ping into a basin of chilly water! Now all that’s left is to pull as many others as pos­sible from spir­i­tual death to life through this amazing status change achieved by com­plete sub­mer­gence in water, or as some also believe, a three-fold sprin­kling therewith.

So while the prin­ci­ples of the Torah are eternal, what the RaM­ChAL here means is that the work of aligning our ways with Torah are in this world, where there’s still work to be done to “heal the world” (Tikkun Olam), while in the world to come, we will be able to cel­e­brate Torah, Shabbat, the Fes­ti­vals, charity and lov­ingkind­ness among all humanity, with an undi­vided heart. In the same vein, Paul (Shaul of Tarsus) argues in Romans and else­where that the law is good, yet we are not jus­ti­fied by it. Many “Chris­tians” think this means we shouldn’t do the law as we shouldn’t try to get jus­ti­fied as this would diminish the role that our Sav­ior’s sal­va­tion plays in our lives. Yet this is a com­pletely con­torted logic. The fact that I struggle with obeying the com­mand­ments, which are good for us (Deut 12:28), means that I should endeavour even more to keep them! Doing away with the law because it doesn’t jus­tify me is quite a lot like saying: “the law requires me to be my best self, yet because being my best self won’t redeem me from my past or pur­pose, I will actively avoid being my best self so that grace is not dimin­ished.” This mindset is pre­cisely what Shaul (Paul) con­demns (Rom 6:1)

Dis­claimer: I am not (yet) fully Torah-obser­vant, but I per­ceive it as the best way to live in tune with our Mak­er’s rhythms and decrees for a good life. 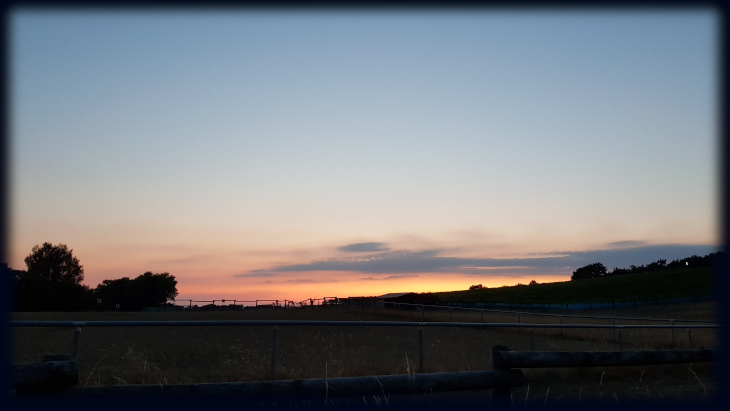